The world of Cradle has several unique and powerful weapons, supplementing the battle techniques used when a sacred artist employs the Sacred Arts. Like the sacred artist, the weapon itself usually has a level associated with it. This is based on the materials used, including the binding, Remnant, etc., and the advancement level and skill of the soulsmith. For example, a Lord-level soulsmith who can forge weapons with soulfire in a soulforge will create weapons superior to those created by a Gold-level smith. See Soulsmithing page.

In order of appearance in the series 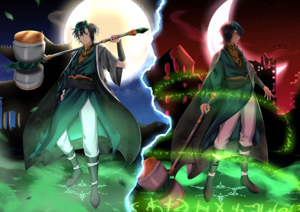